On the 1st of December 2016, Public Works Head Office officials joined the rest of the world in commemorating World Aids Day by attending a cognizant programme which was arranged by the Employee Health and Wellness (EHW) sub-directorate held in the Auditorium. The programme focused on matters relating to HIV and AIDS such as disclosure and support in the work place for HIV/AIDS and New HIV/AIDS developments; International Day for Disability and 16 Days of Activism on No Violence Against Women and Children.

Mr. Vusi Masinga, EHW practitioner and also programme director for the day, welcomed the gathering as he underlined the importance of honouring the day with the rest of the world. The programme commenced with a short prayer which was followed by a profound sermon from Pastor George Mthethwa. The programme outline consisted of four talking points which are here under tabled.

Speaking on International Day for Disability, Mr. Forward Mlotshwa took a more unorthodox humorous approach when he addressed the audience which was a great ice breaker as the issue of disabilities can be an uncomfortable issue for many people to talk about. He outlined many of the difficulties that people with disabilities face when it comes to securing employment and expressed his disappointment on how departments are barely reaching their targeted 2% of employing people living with disabilities. He challenged the Department to ensure that buildings are conducive for persons with disabilities. 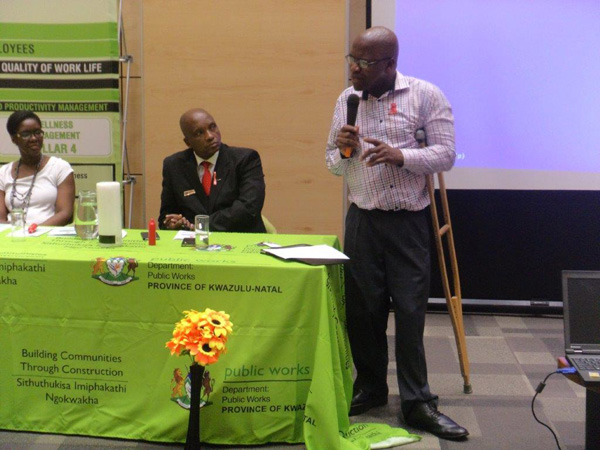 Mr. Forward Mlotshwa addressing the audience on the sentimental issue of disability.

The second talking point was by Dr Thando Gwetu from MatCH (Maternal Adolescent and Child Health), a research organisation that aims to respond to issues on sexual and reproductive health outcomes, spoke on advances and prospects for HIV/AIDS prevention. She elaborated on three research studies conducted by MatCH namely

ECHO (Evidence for Contraceptive Options and HIV Outcomes), PrEP (Pre-exposure Prophylaxis) which are interventions that have been developed to prevent a person of high risk from getting infected and nPEP (Non occupational Post Exposure Prophylaxis) which is short-term antiretroviral treatment to reduce the likelihood of HIV infection after potential exposure. Dr. Gwetu gave comprehensive details on HVTN702, a potential vaccine for the virus which is currently being tested on 5400 uninfected people in the country.

A beautiful, yet moving poem was recited by Ms. Zanele Khanyile, also an EHW practitioner from the Department of Agriculture. Her presentation was on disclosure and supporting HIV/AIDS campaign in the workplace. She acknowledged that disclosing one’s status is not easy as there are certain aspects to consider. She continued to talk about disclosing one’s status to senior officials has both its pros, reasonable actions been taken to give reasonable accommodation for the infected person, and cons, discrimination and victimisation from colleagues. According to Zanele, one is not obliged to disclose his or her status in the workplace unless it starts to hinder one’s working standards and ability.

Nomonde Nhlahla and Philile Ndlela who are both representatives from the Pietermaritzburg Thuthuzela Care Centre, a clinic usually situated in public hospital that specifically deals with rape and abuse victims, took to the floor to talk about no violence against women and children and also enlighten the audience on the key objectives of the care centre. Their report indicated that KwaZulu Natal has the highest cases of rape and abuse in the country which is very concerning. Philile Ndlela then educated participants on services offered at the centre which are: police officials to take the statements of the victims, doctors to conduct tests on the victims, site co-ordinators, nurses, HIV testing and counselling, social workers, psychologists, case managers and victim assistant managers.

The second phase of the programme commenced with the symbolic lighting of candles. A short moment of silence was held in remembrance of people who have passed away or are living with HIV/AIDS.

As the programme came to closure, the Chief Director for Corporate Services, Mr. Phiweyo Duma extended a vote of thanks and in particular to the invited guest speakers. A word of appreciation was extended to the EHW team for all the efforts in the planning and preparation of such prestigious occasion. He further cautioned all present to ensure taking HIV/AIDS related issues seriously with necessary attention. Finally he thanked the officials who took the time to attend the programme and encouraged all to share their comprehension with their fellow colleagues and peers who did not get the opportunity to attend. 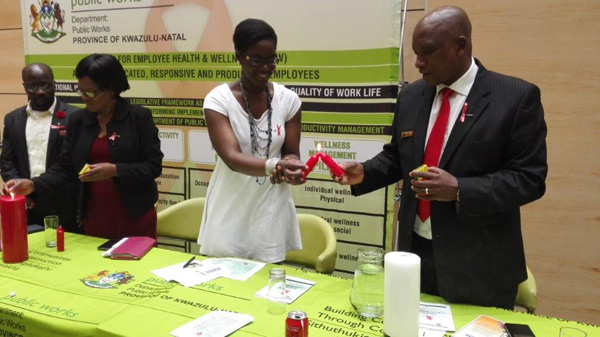 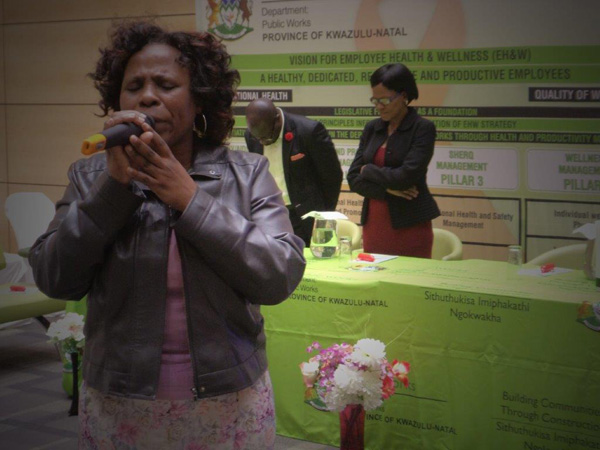 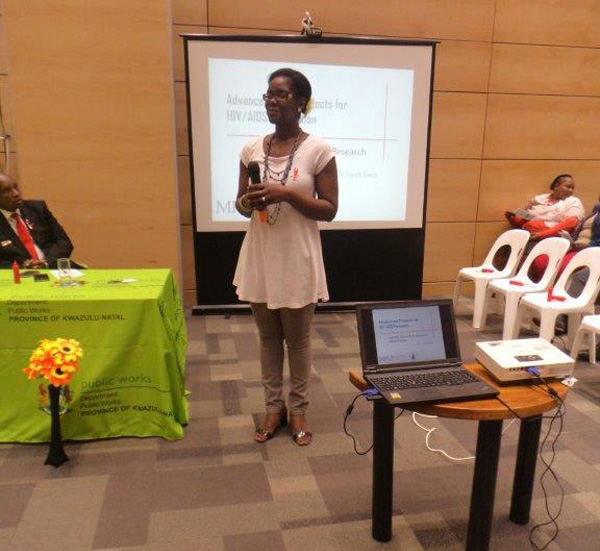 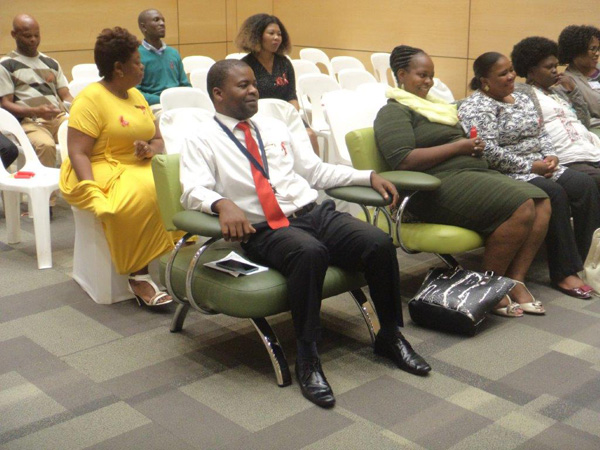 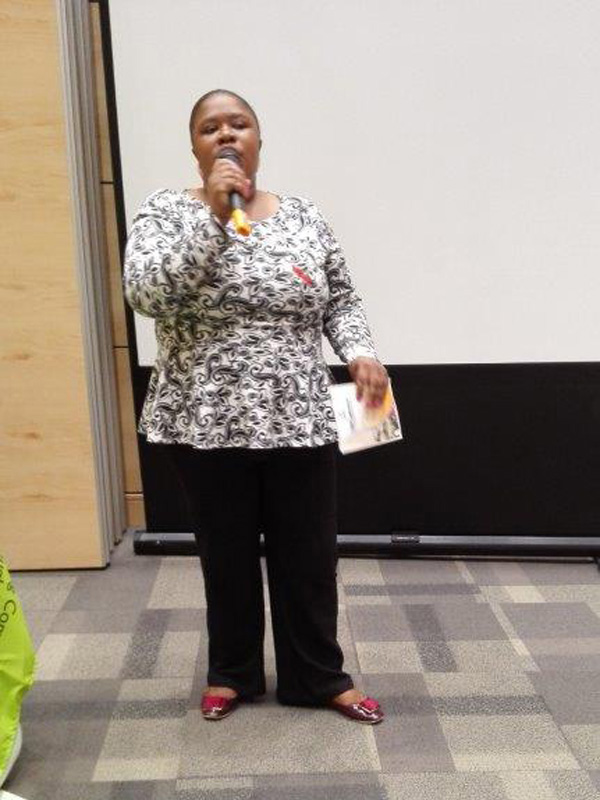 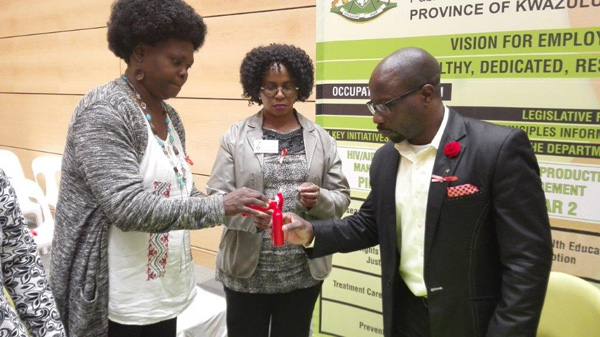 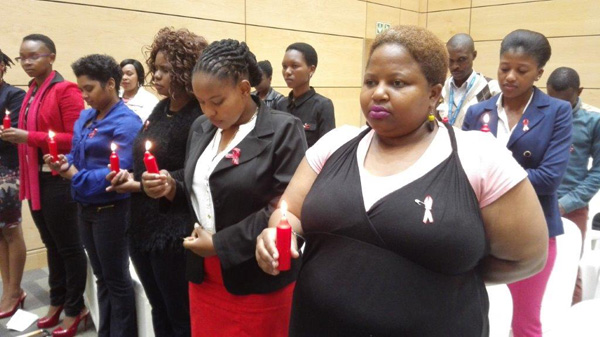 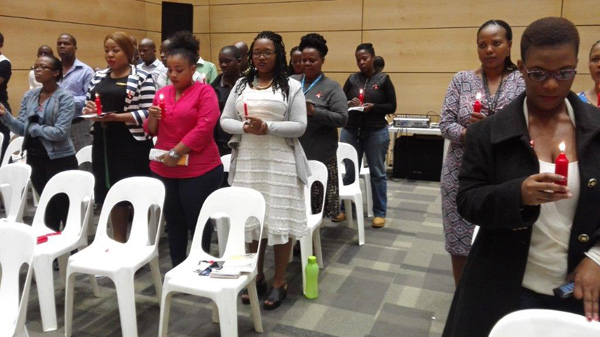