A multi-party KZN Public Works Portfolio Committee under the leadership of the Chairperson, Mrs Mbali Fraser, MPL left the South African shores on Friday 26 May 2017 for a trip to the Province of Krasnodar in the Russian Republic for a study tour on infrastructure development. Speaking to Communications moments before departure, Mrs Fraser said the focus of a one-week study visit to establish on how Krasnodar deals with issues of government infrastructure, which is a core business of the Public Works Portfolio Committee. She said they hope to learn more about how Krasnodar secure and maintain government buildings – including the payment of property rates.

An information search finder reveals that Krasnodar is situated on the River Kuban, approximately 1000 km (620 miles) south of Moscow, and 80 km (50 miles) north-east of the Black Sea. It is a dynamic city with major industrial, agricultural, and cultural center in the south of Russia. Interestingly, it is the fastest growing region after Moscow in Russia. It has a population of 5.076 million (54% urban, 46% rural), or 3.2% of the population of the Russian Federation. The territory is involved in investment cooperation with more than 60 countries, and 773 companies with foreign capitals are registered here. Of the total foreign capital attracted to the territory, about 40% comes from investors in the United States, and 32% comes from Germany. 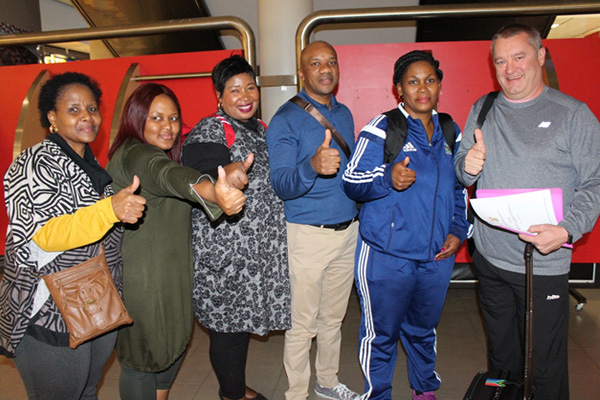 BON VOYAGE: Mrs Mbali Fraser MPL (in blue-tracksuit) and some members of the delegation were upbeat about the trip ahead. 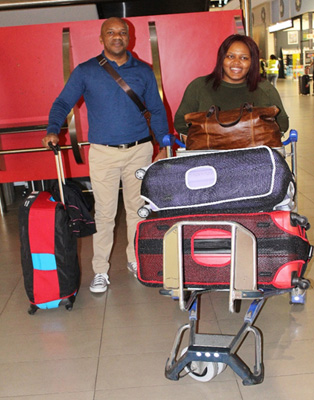 Mrs Mbali Fraser said it was crucial and relevant for KZN Department of Public Works officials to be on board, as they will interact and receive first-hand information from their Russian counterparts on various strategies pertaining to the handling government infrastructure programmes. She further emphasised her optimism that there will be more lessons to be learnt out of the trip.

It is envisaged that lessons learnt from Krasnodar (Russia) will contribute towards the department’ strategic objectives and this will have a meaningful impact on radical socio-economic transformation. Healthy relations between the department and the KZN Portfolio Committee on Public Works is on the verge to enhance infrastructure development and property management, that will translate into an improved service delivery and job creation. Similar tours will be scheduled for the underdeveloped countries in Africa. The tour will be completed on Monday 5 June 2017.